Anita Nair’s latest novel, Eating Wasps is clear, concise and insightful. The book starts with 30-year-old Sreelakshmi’s suicide on a “Monday. A working day.” A Sahtiya Akademi winner, she is still considered damaged goods by the people in her vicinity because she is unmarried. After her cremation, an ex-lover Markose recovers her index finger from the funeral pyre, and thus Sreelakshmi is carried through the stories of several women who are fighting their own battles with society’s expectations and their own.

This reader found the choice of using Sreelakshmi’s index finger — rather than Markose picking up a ring finger — to be an apt metaphor. While the latter is associated with affection, love and marriage, the index finger is often leadership and agency.

Sreelakshmi’s death is mysterious, and there are hints that it has to do with Markose’s treatment of her. In the act of taking her finger and hiding it in a velvet lined case within a cupboard as he does, her ex-lover inserts himself even into her death while simultaneously metaphorically cosseting her remains in the way women are often “protected” by keeping them within the confines of the home. As a result, Sreelakshmi can’t be completely free even in death because a part of her continues to remain on earth. “Once I had withstood the sting of wasps. But when I died, I was reduced to a forgotten bone, a ghost of my former self,” she narrates. 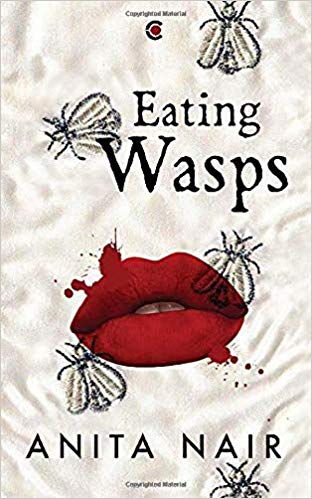 As the cupboard and the finger become part of other women’s stories, it takes on another meaning. As it travels through the lives of 10 woman, all of whom are seeking happiness on their terms without apology, it becomes a reminder of how often society derides the female of the species, often to the point of madness, for merely expressing their desires.

As is Nair’s style, Eating Wasps is told in parts. Each of the eight sections takes forward the stories of her characters while also reporting the experiences of other women dealing with a mixed bag of life experiences. None of their stories is given a bow-tie ending, which makes each tale realistic and also allows readers to draw their conclusions. 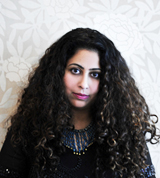 Set in Kerala, Nair’s women are a plethora of personality types, lead vastly different lives from each other. They are from different backgrounds, a fact that shapes their decisions and encounters with the world.

Another protagonist of note is Urvashi, a journalist who finds herself in an unhappy marriage with no desire for her husband. She decides to join a dating app. On it, she meets a married man and develops a relationship with him that, initially, she finds both sexually and emotionally gratifying. However, the attraction is soon lost when Urvashi realises the man is only interested in sex. As she tries to withdraw, he begins to send her threatening messages and stalks her.

Nair doesn’t portray Urvashi, or even Sreelakshmi, as victims. She draws pictures of flawed human beings. The author’s ability to draw hyperreal portraits of her women characters is what makes Eating Wasps so compelling. It doesn’t just deal with the issues faced by women in a general sense but presents them in detail.

Other characters give us different aspects of women’s lives. There is Najma who never wore a burqa and is attacked with acid for this. She still refuses to hide her scars. Another young girl Megha nurses a crush on an uncle who gives her a ride to school every day. She desires his love until he returns her feelings.

Stalking, career choices, physical dangers, and expressions of sexuality are defined and spelt out in this novel that spans several decades — the tough decisions that women face change, while the underlying malaise behind them remains the same.

Nair’s poetic prose set alongside unvarnished truths of the everyday lives of women makes Eating Wasps a satisfying and disturbing read all at once.

Anita Nair’s Eating Wasps can be purchased on Amazon.in, where it’s sold for Rs 395 for a hardcover and Rs 361 for a Kindle version.

Cover picture: women in Kerala and Goa marching for equal rights; Note: a version of this review appeared in Hindustan Times on 24th November, 2018.

How To Handle Being Called Out for Sexual Harassment, A Fake-Woke Man's Guide