Tanuj Solanki’s new book of short stories, Diwali in Muzaffarnagar, contains eight stories of young men and women, who grew up together in Muzaffarnagar. They go on to make new lives for themselves outside the riot-ridden town. Each tale is part of a collage that tells the reader about small-town life as it is today, in 2018. Each piece blasts at urban preconceptions about places we’ve never visit and read about only in newspaper headlines.

Solanki is a skilled writer. His prose is subtle, seductive and technically perfect. There’s more than a hint of Alice Munro in his style, so I suspect the Nobel Prize winners work has a profound influence on him. As writers go, he’s certainly picked an excellent guide from whom to learn.

In each story, Solanki embeds what is now a rare quality in fiction: the sense of undeniable reality. With each account, Solanki reveals a menagerie of characters. Every protagonist struggles with their unique set of problems and worldviews. What binds them is a sense of incredible loneliness one feels when making a home outside of your hometown. 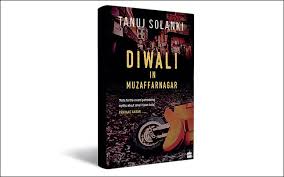 CONNECECTED PROTAGONISTS, A PLETHORA OF EXPERIENCES

Right from the first tale, The Sad Unknowability of Dilip Singh, the reader is treated to a sensitivity that is rare in modern fiction. It is a story of a young man desperate to be a great writer but lacking the life experience to do so. Ironically, when a real tragedy strikes Dilip — his father dies — he’s unable to part with the one piece honest writing that stems from it. The story is like a hook. It is hard not to take the bait and read the remaining works fervently to see if they match up. For the record: they do.

It’s hard to pick one or two of these stories out of the photomontage Solanki creates with his words. The second story in the collection, My Friend Danish, is a crafty and heartbreaking tale of innocence squashed by communal divides. In it, there are detailed observations about how early on communal divides are fostered in the subtlest of ways.

In one scene, Danish convinces the protagonist to skip school. The latter, an excellent Hindu kid, is afraid. “And what if the teacher calls home and reports our absence?” he asks. “Eh — you think they care. They’ve never called my house,” replies Danish. ‘They never called your house because you are Muslim I wanted to say, but didn’t,’ thinks the Hindu boy. Eventually, they do skip school; Danish arranges a date between them and two girls. The sight of the young couples causes a scene between some Hindus and a fight ensues. The Hindu protagonist leaves his friend to fight the mob; afraid of tarnishing his image, perhaps. Fearful of standing by and taking the beating like his friend is, more likely.

The anecdote ripe for making judgments, yet there are none. Solanki, speaking in first person narrative, offers only empathy. The reader may think the protagonist to be a coward. A feeling the protagonist shares. There’s a profound melancholy in the story. The sort that comes with the realisation when reality crushes childhood notions of bravery, loyalty, and friendship.

B’s Solo Trip, a story about a small-town man’s first real holiday is one of my favourites. Because we all think we know a B — a frustrated Indian man with strange notions about women, especially white women. B is enamoured with a young Austrailian woman. He even agrees to go swimming with her, though he “cannot even bloody paddle.” Later, embarrassed by his lack of skill, he takes out his frustration on the young lady in passive-aggressive ways. “He orders an Indian meal — the most Indian meal he can find. Also to vent his anger, he doesn’t order a beer. He goes for Pepsi instead.” What is there to feel but sympathy for a man so repressed that he discharges his anger via food orders. After reading it, this may not judge as harshly those guys in Goa who secretly take pictures of girls in bikinis. Such is the tenderness with which Solanki handles the subject.

Another stand-out in the collection is Reasonable Limits. It’s not easy to read — there’s no dialogue. It is a monologue of a man working in a life insurance company. It is also a scathing, yet practical picture of modern-day life — harsh and dull as it is in reality.

The character develops a method to ensure that the peons of his company don’t have to hurt their fingers de-stapling endless documents. Later, he realises this bit of progress would cost 100s the only job they have ever known. His good deed will make them obsolete. It is, as Solanki writes, a “well-worn, age-old story of how advancement meant that some people fall into irrelevance. A story whose persistence was a bigger problem than the contents of any single version of it.”

Somehow, I found it to be a comforting read. Perhaps because in today’s YOLO culture, we forget that life isn’t short. It is long, overflowing with responsibilities and consequences, and escape from that is just a pipe dream.

Half the short fiction has male leads, so my initial assumption was that this would be a collection of men’s stories. Even if it had been, Diwali in Muzaffarnagar presents men in a way not often seen in fiction. As vulnerable being struggling with teachings of traditions, which are directly opposed to changing Indian landscape in which they must live. The men in the stories are cowards, perverts, inane, but worthy of sympathy. 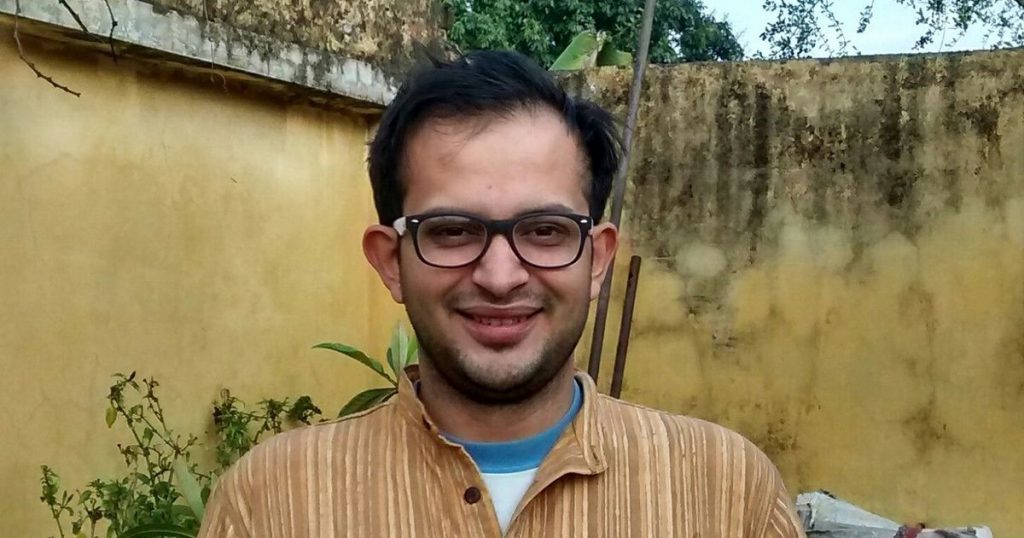 Tanuj Solanki via The Wire

The last few stories have female protagonists. I suspect Solanki divided the genders deliberately. They highlight the different experiences and traumas endured by the women.

Good People, a story about a woman and her family’s struggle with childhood abuse, is exceptional. It’s also an excellent example of what I said before: there is compassion in these stories that is a rarity these days.

Told in sets that volley between Tanuja (the female protagonist) and her husband, Ankush, it’s a story about coming home to find her parents taking care of the grandfather who sexually assaulted her as an eight-year-old. Her childhood trauma collides with tradition: we Indians put a high price on taking care of our elders. After years of teaching herself to move on from the assault — one that’s affected every aspect of her life — Taruna must now contend with watching her family take care of the old man. Her father depletes his meagre savings to pay for hospital bills; her brother washes the geriatric’s ass. At the time same, her inability to let go poses another burden on her family. They ensure the assaulter and Taruna are never in the same room, which is not an easy task in a small house. “We are all good people here,” Taruna’s mother sighs. “But how difficult it is to be good. How difficult.”

Like the other stories, what stands out here is that Solanki moves his characters around to face their worst fears. He does this with skill and intimate knowledge of their motivations. Nothing in this story feels unreal. Given that 90% of child sexual abusers are known to the kid — usually, a family member, Taruna’s story is one among thousands. Solanki removes the cloak of silence around them and exposes the crushing weight of traditions.

Read other book reviews by TLC by clicking here

The book finishes with Compassionate Grounds. A tale of Gunjan, a young woman who escapes Muzaffarnagar and all but cuts ties with her family in favour of a posh life in Delhi. She must return after her father dies. She’s careful not to return to Muzaffarnagar in her lover’s Mercedes but chooses a Jetta instead. It is a less conspicuous car, she thinks. Her fears of returning and how far removed she is from her hometown is illustrated by this choice. The most extended piece in the book.

Dealing with the bureaucracy that follows death, the protagonist is frustrated and reminded of why she hated her hometown. She fights back eventually. First in a small way by cussing out a group of boys making lewd gestures her way. Finally by standing up to bank managers to ensure her mother receives the inheritance left to her by the deceased dad. The divide between her roots and those of her wealthy lover become painfully apparent with each incident. Without realising it, she begins to see similarities between her father and herself that children usually suppress when they’re ashamed of their background. But, flesh and blood are inescapable.

One of the moving portions of this story is Gunjan using the Indian-style toilet in her family home. Recalling years of teasing her father about his smelly shit, it is precisely the foul stink that her connection becomes explicit. “Again she smelled her shit. The man had died, and she was alive and her it was the connection. Her insides, her intestines, her body — all a testament.”

The final story is a perfect ending point for the collection. It encapsulates the very essence of Solanki’s book. The desire to escape; the loneliness that comes with adulthood; the empty feeling of making new homes in new cities; the inevitable need to return to one’s roots, and the equally irresistible urge to run away once we do.

Diwali in Muzaffarnagar is a haunting collection, yes. But it is more than that: it’s humane, kind, and real. Its prose is impeccable but not pompously so. All in all, it was a pleasure to read this book.

I Wanted to be the Man Of The House

#FilmReview: Raazi, a sensibly made, sensitive meditation on love, loyalty and war.