Two days ago, a 17-year-old girl spoke up on social media alleging that a man molested her while both were on a plane.

On her Instagram account, she said that a middle-aged man who was sitting behind her kept nudging her shoulder and moving his legs up and down her back. At first, she blamed turbulence, but as the behaviour continued, she became sure the man’s actions were intentional. 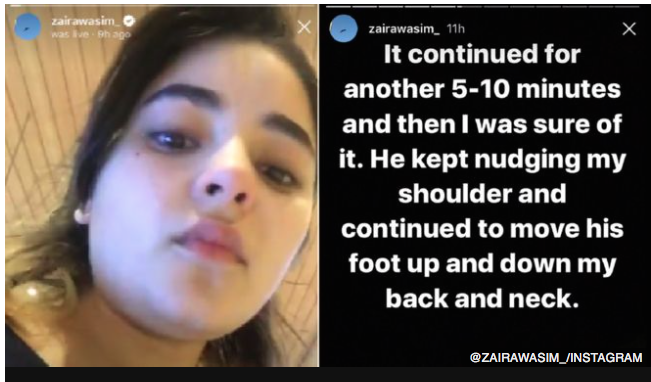 The girl, Zaira Wasim, also happens to be an actress. She has an extensive following on Instagram. But, that is not the point.

While some stood up in support of Zaira, many so-called bastions of Sanskaari India questioned her motives. Many went so far as to say that she — a teenager — staged the whole incident to gain publicity. They asked why the young girl didn’t report the abuse immediately. They questioned her “Indian-ness” and dragged her mother into the mix. 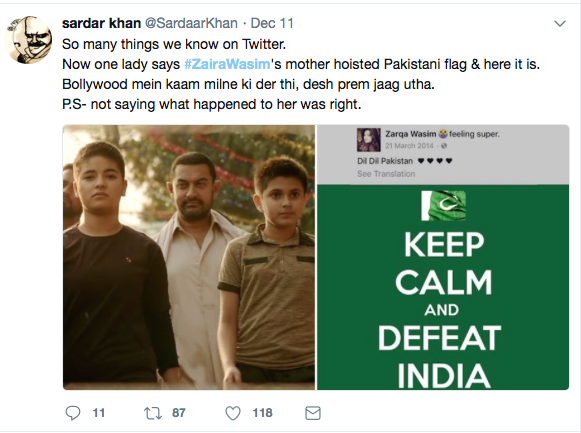 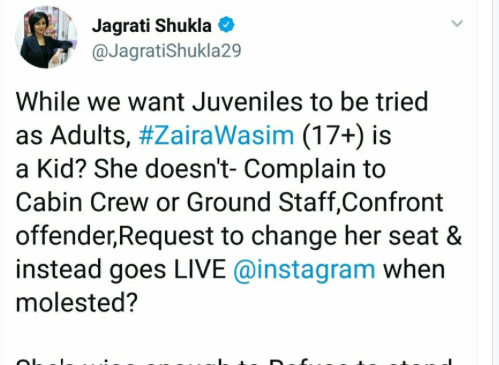 None of them appeared to see the irony: their questions, their accusations are precisely the reason why most women do not speak out against sexual assault and molestation. But, here they are the gatekeepers of our India.

It used to be that statistics said one of every three Indian women had been sexually assaulted. That is, if you are in the company of three women, one has suffered abuse. The #MeToo movement exposed this stat to be understated. Chances are more than one-third of India’s female population has experienced or endured some form of sexual violation. If one could check on unreported cases, the numbers are likely off the charts.

But, how can a woman speak up about molestation without being further assaulted by questions like the ones posed to 17-years-old Zaira?

Here’s TLC’s guide to reporting sexual assault as approved by our Sanskaari gatekeepers of Hindu culture:

A stranger is touching you intimately without your permission, and you’re shocked? That can never happen. Get over the trauma immediately; do not take time to process it. If you do, it didn’t happen.

Never use Social Media to call attention to something you think is wrong. That is Modiji’s job and his sole domain.

Is your name identifiably Hindu? No? Is it Zaira? Is it Mary? Then change it quickly as possible to one that is Smriti or Anandi, or forget about speaking out against any crime committed against you.

Is the person who assaulted you a rich man? Well then prepare to take out all kinds of loans and have the case dragged out in court for the rest of your life. It’ll cost you more than you can ever hope to make, but hey, that’s the price of justice.

Were you wearing a full-sleeved salwar kameez or a sari that covers every inch of your body during the assault?

Then what were you expecting, you silly girl.

Don’t speak out at all. Then the world will know a man has touched you. You’ll be damaged goods, and no one wants that.

You should have avoided such trouble in the first place. Why do you need to step out of the house anyway? Remember this next time, OK?

Note: Avantika Mehta, Nitya Sriram, and Puja Amin compiled this list of rules. We are joking, but, sadly, truth be told, given the repsonses we saw to this young girl’s complaint, this list might be a pretty accurate one.

5 Public Figures Who Are Great Advertisements For Using Condoms