My grand aunt’s husband fought with the Indian National Army (INA).In an era before instant communication or even the black phone most of grew up with, there was no news of him for a few years. My grand aunt (father’s mom’s sister) refused to give up hope. Much against the wishes of the women in the family, she refused to behave like a widow. And, one day he came back. Post-independence they settled in Malaysia. There is a full family branch of ours in KL. I used to hear stories of the Burma expedition as a kid. The Japanese, INA, and the British armies – in the theatre of war. There were stories of his colleagues who were in the British Indian Army and had left it to join the INA. I later, much later, realised they were called deserters.

I also grew up reading comics. And, amongst the comics at the local library were commando comics. The brave Tommy taking on the Jerry, in comic after comic. There was a time I could rattle off all the British army ranks. Movies like Guns of Navarone, the Great Escape, The Longest Day, and a gazillion black and white war movies reinforced that image of the British (and the Americans) saving the world from nasty fascist forces. 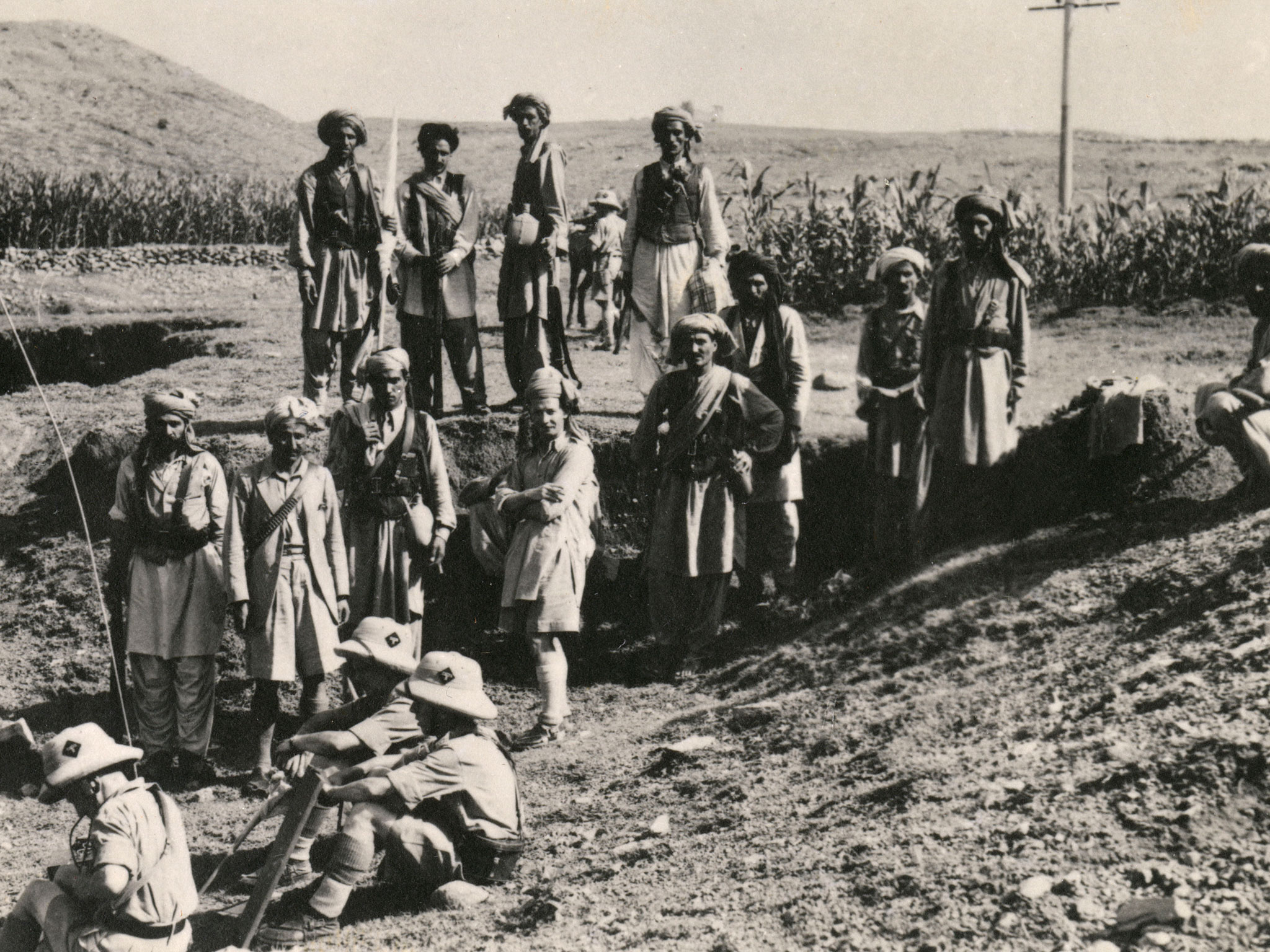 A few months ago, I went to watch Dunkirk and followed for a while, the entire fracas on the whitewashing of history – the leaving out stories of people of colour who fought the 2nd world war, and their sacrifices. Yasmin Khan’s book The Raj at War, the people’s history of India’s second World War, published a few years earlier, was regularly referenced in the debate that surrounded the film, and it’s lack of black and brown faces.

The book tells stories of people from India, and in India, and how they did during the second world war. While the book looks at the attitudes of the major players in India at that time – the Raj, the Indian National Congress, Subhash Chandra Bose, and the many princely states, the story is primarily about the stories of the ordinary soldier who fought the war.

Subhas Chandra Bose made clear, a week before the war started, ‘if war broke out between Germany and Poland the sympathy of the Indian people would be with the Poles’. But he then followed this with the pivotal question, ‘Whatever our subjective reactions in this international conflict may be, what are we to do as a nation?’

And, while the Indian National Congress, the Indian National Army and others did what they had to, to fight the British, and gain independence – the response was different from other quarters. The Princely states saw this as their chance to curry favour with the Raj.

The day after war was declared the Maharaja of Kashmir offered to leave for any theatre of war immediately in a letter of fealty to the British state: ‘I have available in Jammu a reserve of manpower which has been judged . . . Excellent fighting material and of this I have decided to give the benefit to His Majesty’s Government.’ He also offered for immediate active service two infantry battalions and one mountain battery for use anywhere in the world. The princely state would pay for these men and support their families while they were away from home; the government need only feed them in the field and meet their other daily requirements. The Maharaja also invited the government to send recruiting parties into Kashmir as long as they co-operated with the local authorities.

The Rajput princes of Jodhpur and Bikaner made similar offers and within days several more states were making lavish donations: Indore gave five lakhs, Travancore six lakhs, Bikaner one and a half lakhs, the Nizam of Hyderabad set aside over £100,000 for the air ministry, and Maharaja Jam Sahib of Nawanagar promised to contribute a tenth of the gross revenue of his state to the war effort. The Nawab of Bhopal was so keen to get to the front or to serve in some other capacity that he had to be persuaded to stay in his city. The Maharaja of Jaipur was soon in North Africa inspecting troops. The princes knew from their experiences of the First World War that this was an opportunity to cement their loyalty to the British and to prop up the existing political order.

But, the most significant boost to the British cause came from young men in India, who saw joining the Indian army as a way out of poverty. Much of India had been beggared by colonisation. The war effort meant, that food grown in India was shipped to the theatres of war, very often leaving behind starving populations. In these areas, recruitment to the British Indian army was at its peak.

Even in Punjab, where incomes had been rising steadily for several decades, the early months of the war were also marked by a devastating famine which ravished tenant-cultivators in the south-eastern districts of Hissar, Rohtak and Gurgaon, the worst experienced in forty years. A place in the Indian Army meant a job and a full belly.

While famine and poverty were at one end of the war spectrum, the other end was dominated by profits from war. Cities swelled in size, as the rich invested in industries that would feed the war effort. Workers flocked into cities, from the countryside.

The cities began to swell in a way that was unprecedented, starting an irreversible flow of workers from country to city which has continued to the present day. On the outskirts of cities, bustees became visible, improvised structures of cardboard and cloth. In Cawnpore, the pre-war population of some 200,000 or 300,000 would nearly treble by the end of the war, driven up by wartime workers to munitions and industrial plants, although tellingly the number of hospital beds for civilians remained unchanged.

And, with industries booming, so did the wealth of a few.

Profits for war industries soared and time and again the roots of staggering post-war fortunes can be found in the 1940s. The larger Indian-owned companies could acquire licences, cartelise and buy

But, the book is less about the big names of that era – and more about the unnamed soldier. Many of them who fell in battle in countries they possibly didn’t even know existed. 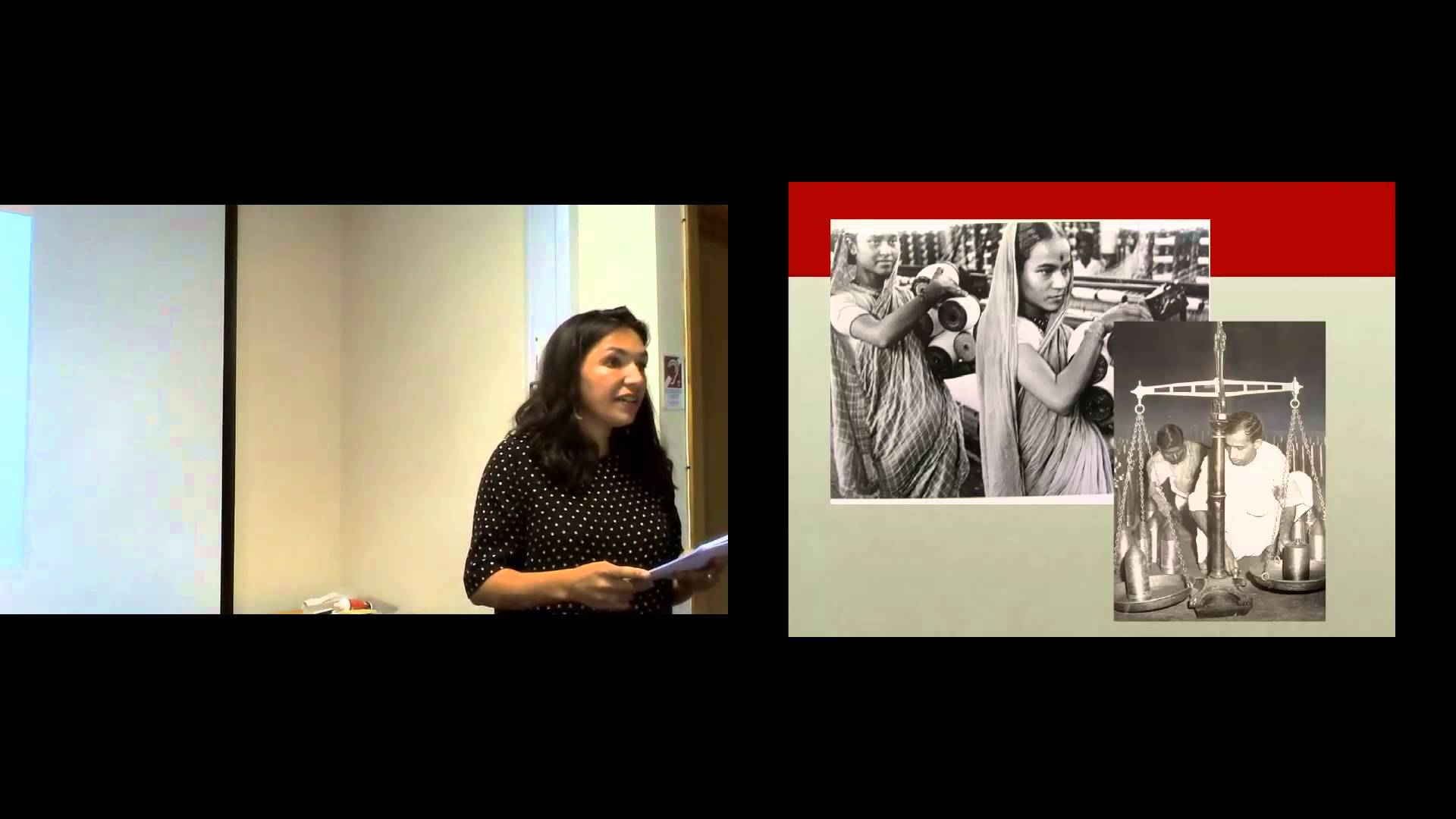 Alongside the infantry, Indians employed as water-carriers, messengers, cooks and bearers died at Keren, among them a boot-maker named merely ‘Ghafur’ whose age, surname and provenance are unknown. There were at least 4,000–5,000 British and Commonwealth casualties in the battles to capture Keren, the turning point of the East Africa campaign.

The book is a well researched and well-written take on the time. The focus on the stories of the individuals, along with the descriptions of life in that time, whisks you back to that period.

The book has so many little nuggets, that avid filmmakers can be kept busy for just about ever. Such brilliant stories that can be told, for an audience hungry for authentic heroes.

The Raj At War is available on Amazon, with prices ranging from Rs 299 for a paperback to Rs 500 for a hardcover copy.

THIS REVIEW FOR FIRST PUBLISHED IN HARINI CALAMUR‘S BLOG, CALAMUR.ORG ON OCTOBER 8, 2017

The Skinny Jean Is Dead! Long Live My Nether Regions

Queer in The City: The Honey Singh Enthusiast