Gender-ventions, a series of public performances revolving around the notions of gender, identity and space, was born in 2014 out of its creator and co-director, Niranjani Iyer’s desire to engage with the public areas in Delhi. At the time, Goethe Institut supported the project.

Since its first performance was in Rohini East metro station, Gender-ventions has performed all over Delhi.

Being backed by the Goethe Institut helped fund many of these shows, even though the costs were relatively low. However, as economic resources dried out, this unique group may well be in trouble.

Though Gender-ventions awaits another patron, its impact on the discussion around women’s right to public spaces, and their lack of visibility in these areas remains essential.

Founded by performance and dance artist Iyer after she moved to Delhi several years ago, Gender-ventions was born out of Iyer’s desire to interact with the capital city.

After moving to Delhi from Paris where she studied and worked for over a decade, the first thing Iyer noticed about the capital was its population’s unwillingness to engage with public spaces — especially women. “I missed loitering,” she explains.

Iyer noticed that neither she nor other women ever seemed to in one of these open spaces and parks, and hardly ever without an escort.

Several untoward incidences made her cautious. “I would have to do it (walk around) in a group, then worry about getting dropped off and other issues,” she says. 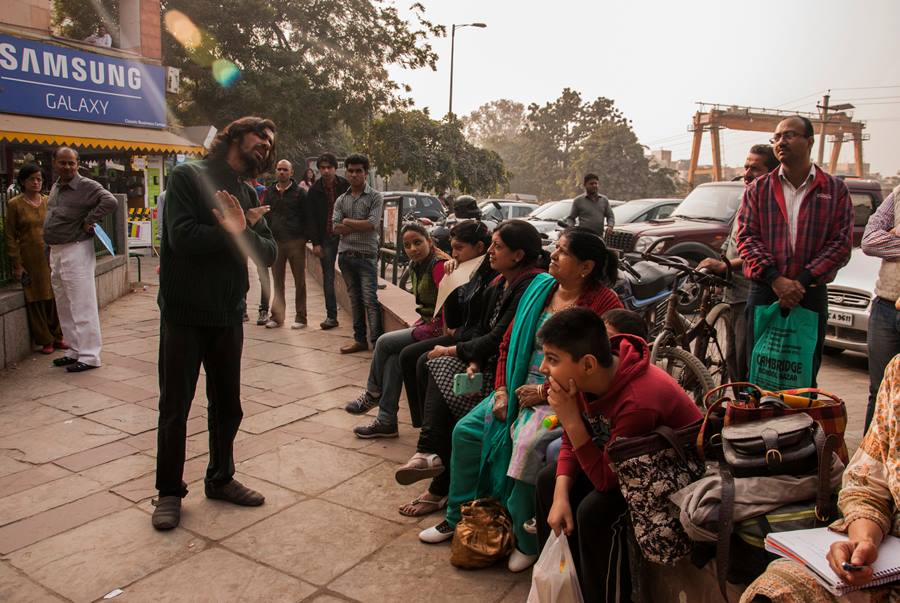 The lack of women in public spaces isn’t just a Delhi-problem. According to an article in The Guardian — and many women in Delhi may already have experienced this — a Stanford University study showed that women walk disproportionately fewer steps each day than men in almost every country in the world.

The reticence of women to be alone in an expanse, perhaps especially so in large cities, stems from their concerns about personal safety and street harassment. Effectively, it means women are living in cities but without the confidence to make the place their own.

Iyer explains: “streets… are the theatre where so many stories are being played out.” So, three years ago, Gender-ventions was born out of her desire to not “shut myself… in a car.”

Using theatre to promote social and political change, Gender-ventions encourages its audience to participate in the performance: exploring, questioning, and, in doing so, transforming the frozen dramatic moments. The group’s interactive performances enliven its spectators to become ‘spec-actors.’ It reaffirms their agency by altering whatever they find disruptive in a particular image. In one such scene, the portrait of a woman travelling in public transport and being harassed by a fellow male passenger, the group asked its audience: how would you change it?

The dramatic scenes focus on gender, identity, but not in a way that demonises the male, says Iyer.

During one performance at Kashmere Gate, a huge bull charged through the crowd. Rather than disrupt their production, the group adapted quickly. 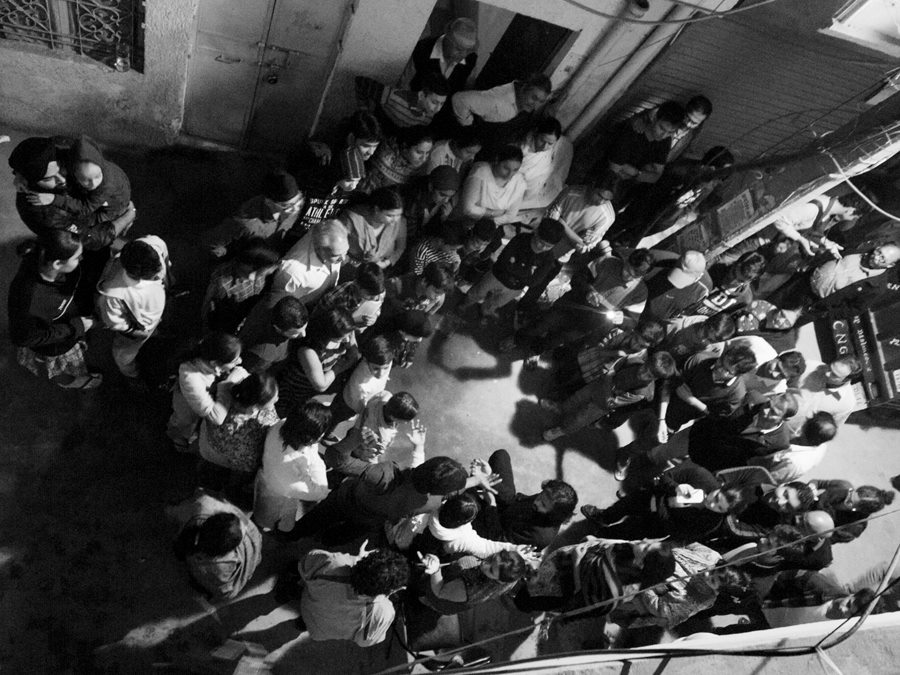 “One of our actors likened a man to the bull that he can go anywhere when and as he pleased. If we can laugh about it together, we are getting somewhere,” Iyer points out.

The group’s productions attracted as many as 200 people, yet the gender-gap continues to exist in its audience. Iyer and her actors noticed few women among their ‘spec-actors.’

Though on hiatus, Gender-ventions hopes to revive itself soon. In the meantime, Iyer says that urban planning should focus on making it easier for people, especially women, to be outside. “There should be better lit places and benches on the pavement. If you allow more life on the street, you will have a safer place,” she explains.

To find out more about Gender-Ventions and how you could help the group take back the streets, visit their Facebook page.

Queer in the City: The Big Fat Heterosexual Indian Wedding